Baby boy born to Irish parents by surrogacy in Ukraine 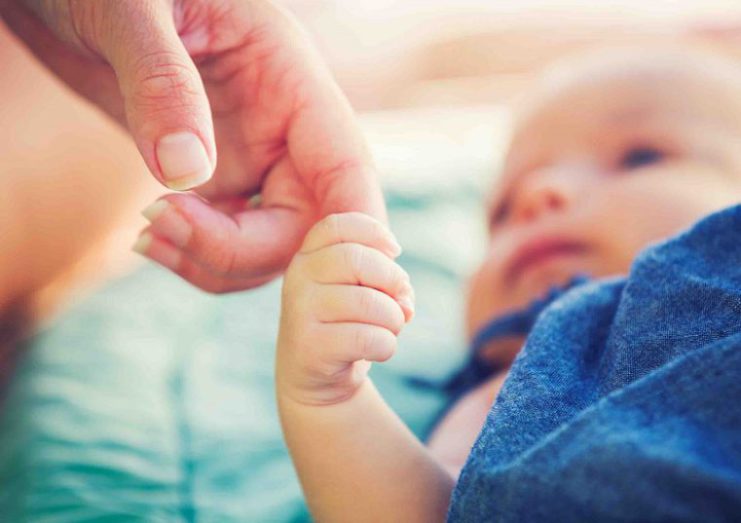 A baby boy has been born to Irish parents by surrogacy in western Ukraine.
The crisis in Ukraine is being followed closely by the parents of around a dozen Irish babies due to be born there in the coming weeks and months.
Baby Luke Moynihan arrived in the early hours of this morning to the joy of his Kerry-based parents Dermot and Dorothy.
Mr Moynihan told RTÉ’s News at One: “We’re absolutely over the moon. He arrived this morning at 4.20, everybody was asleep.
“He arrived about five or six days early. He wanted to get into this world, he probably knew there was something exciting happening. So he couldn’t be delayed, but we’re thrilled.”
The couple will travel to Lviv in the west of Ukraine tomorrow via Poland and hope to arrive on Thursday morning to be united with baby Luke.
“We respect that advice because the safety of the population is important, but it isn’t really an option for us,” Mr Moynihan said.
“This is our first child and we’re going to do everything possible to be there. Maybe we’re a little bit lucky that we’re on the western side of Ukraine in Lviv, it’s a little bit away from other hotspots.
“I don’t think there was anything that would stop us being there for the birth of our child.
“Our sole concern, even though there’s a lot of security issues, was the health of Luke.
“We’ve waited so long and it’s such a long journey with the help of so many people, so we were thrilled this morning that he was born, we’re so delighted and yes we’re definitely travelling,” Mr Moynihan said.
Last month, Fine Gael Senator Mary Seery-Kearney said 14 babies were due to be born in Ukraine between then and May.
Mr Moynihan thanked Senator Seery-Kearney, his solicitor and staff at the Department of Foreign Affairs for their help.
“Hopefully we’ll be able to get our paperwork together quickly and then be able to leave quickly as well,” he added.
Paperwork can take between a week and ten days.
He said: “You’ve to get the birth certs and other documentation and get them stamped and checked and other tests, DNA tests etc.
“We can’t wait to be there, all of us together be a family and hold our boy and worry about everything else after that.”
https://www.rte.ie/news/ireland/2022/0215/1280974-irish-couple-ukraine-surrogacy/