Our Blog 8 Facts About Having a Baby With a Surrogate

8 Facts About Having a Baby With a Surrogate 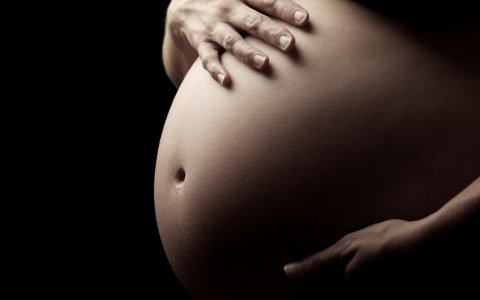 Gabrielle Union and Dwyane Wade have welcomed their first baby to their family. People reports the famous couple’s “miracle baby”–a daughter–was born Wednesday, Nov. 7, via surrogate. “We are sleepless and delirious but so excited to share that our miracle baby arrived last night,” Union shared on Instagram Thursday. “Welcome to the party sweet girl!”
Union has been vocal about dealing with infertility in the past, revealing she had “eight or nine miscarriages” in 2017.
In January, Kim Kardashian West and Kanye West also welcomed a baby via surrogate, after Kardashian West suffered from placenta accreta—a condition in which the organ remains attached to the uterus after childbirth—during her first two pregnancies.
A gestational surrogate, or gestational carrier (the technical term), is an option when a pregnancy is too risky or a woman is unable to carry a pregnancy. But who serves as the surrogate? And which woman is the baby’s biological mom? Because the arrangement can get a little complicated, in January, we asked two specialists to share the basic facts.
The child is born with her parents’ DNA
In most cases, this is how the process unfolds: “Through an IVF cycle, you take the egg from the mom and fertilize it with the dad’s sperm, then transfer the embryo into the uterus of a gestational carrier,” explains reproductive endocrinologist Naveed Khan, MD, of Shady Grove Fertility in Leesburg, Virginia. The gestational carrier then carries the baby to term, and mom and dad resume their rolls as parents after the baby is born. So a gestational carrier has no biological relation to the child.
A gestational carrier is not the same as a surrogate
A traditional surrogate becomes pregnant with her own egg and the father’s sperm—via IVF or intrauterine insemination (in which sperm are placed directly in the uterus)—and she is the child’s biological mother. But this arrangement isn’t very common anymore, says Dr. Khan. “Most parents want their child to have their genes, so they use a gestational carrier.”
Yes, you know other stars who’ve had a gestational carrier
In January 2016, Tyra Banks and her boyfriend announced their baby boy, York, was born with the help of a surrogate. Giuliana and Bill Rancic’s son, Edward Duke (now 4), was also born with the help of a gestational carrier. So was Lucy Liu’s baby Rockwell Lloyd, who arrived in 2015. The list goes on: Ellen Pompeo, Sarah Jessica Parker, Elizabeth Banks, Nicole Kidman—they’ve all used surrogates to carry their children.
Gestational surrogacy isn’t done for convenience
“When word gets out there, people start thinking ‘oh I should do it,’ because they don’t want stretch marks, or they’re too busy. But those aren’t medical reasons,” explains Dr. Khan, who points out that all pregnancies involve the potential for complications, and gestational carriers are assuming risk that shouldn’t be taken lightly.
There are a variety of reasons a couple might need a carrier
For example, the woman may not have a uterus after a hysterectomy to treat a disease like cancer. Or she might have suffered recurrent miscarriages, or tried several cycles of IVF that were unsuccessful. Or she could have a health problem that makes pregnancy dangerous, such as pulmonary hypertension, says Michael Cackovic, MD, an obstetrician specializing in maternal fetal medicine at The Ohio State University Wexner Medical Center. Homosexual male couples who are using donor eggs also turn to a gestational carrier to have a child.
You can ask a friend—or find a stranger
Choosing the person who will carry your baby is a big deal, no doubt. She may be someone you know, like a sister or trusted friend or even, in some cases, your mom. (That means grandma gives birth to her grandbaby. Yep, it’s happened before.) Or you can go through an agency that will match you with a carrier. Agencies consider the medical and pregnancy history of a prospective carrier, as well as her emotional wellbeing. They also do lab workups, and may have other requirements, like a limit on past cesarean sections, says Dr. Cackovic. Carriers are heavily screened, he explains, in a process that’s similar to selecting an egg donor.
Hiring a gestational surrogate isn’t cheap
While the cost can vary widely—depending on fees, healthcare costs, insurance, and other factors—one agency with locations in five major cities recommends budgeting for a range from $98,000 to $140,000.
Couples are advised to lawyer up
It’s all about a healthy baby in the end. But you’ve got to protect yourself, says Dr. Khan. Find a lawyer who specializes in reproductive law and create a legal contract with your gestational carrier. Surrogacy remains in a bit of a legal vacuum. (Sherri Shepherd made headlines in 2015 in a sad, complicated case involving a child conceived from a donor egg and her ex-husband’s sperm, and carried in a surrogate’s womb.) What’s more, laws vary state by state, says Dr. Khan. Some don’t recognize gestational carriers at all, which makes it more difficult to legally transfer the baby to her parents. His advice: Make sure your legal advisor is experienced and well versed in the law to help ensure your baby’s birth is the incredibly joyous occasion it’s meant to be.
https://www.health.com/condition/pregnancy/having-baby-with-gestational-surrogate