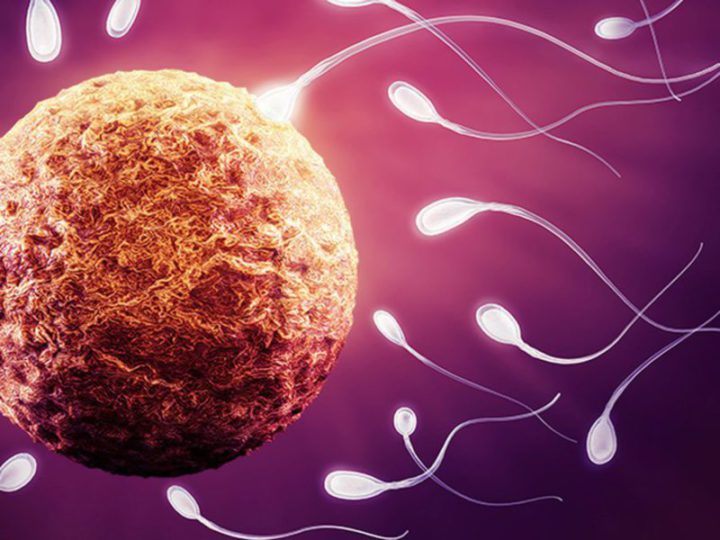 Scientists at The University of Toledo discovered new movement in sperm that provides innovative avenues for diagnostics and therapeutic strategies for male infertility.
The research published in Nature Communications finds that the atypical centriole in the sperm neck acts as a transmission system that controls twitching in the head of the sperm, mechanically synchronizing the sperm tail movement to the new head movement.
The centriole has historically been considered a rigid structure that acts like a shock absorber.
We think the atypical centriole in the sperm’s neck is an evolutionary innovation whose function is to make your sperm move better. Reproductive success depends on the ability of sperm to swim through female reproductive tract barriers while out-competing their rivals to fertilize the egg.”
Dr. Tomer Avidor-Reiss, Professor of Biological Sciences, UToledo College of Natural Sciences and Mathematics
The study led by Ph.D. candidate Sushil Khanal builds upon the lab’s previous groundbreaking discovery in human sperm that changed the dogma in reproductive biology: A father donates not one but two centrioles through the sperm during fertilization, and the newly discovered sperm structure called the atypical centriole may contribute to infertility, miscarriages and birth defects.
“Together, these studies call for a revision in our understanding of sperm centrioles both in sperm movement and in the early embryo,” Avidor-Reiss said.
Avidor-Reiss believes this discovery can open the door to new possibilities to help families understand why they may be having trouble getting pregnant.
If the head and tail of the sperm aren’t moving together, the sperm isn’t going to move efficiently enough to get to the egg.
“If the centriole is defective, this coupling between the sperm tail and head is going to be defective,” Avidor-Reiss said. “In a patient when we don’t know what is wrong, potentially we can look at the way the sperm’s tail moves and reverse engineer it to determine centriole functionality to determine couple’s infertility.”
He also said finding this movement can be used in the future to predict which sperm have a good centriole that can support life.
“Right now, people don’t know what to fix,” Avidor-Reiss said. “We can pinpoint the problem. This knowledge allows us to identify a subgroup of infertile men that was not revealed before.”
The new research shows that in the sperm of mammals there is a cascade of internal sliding formations in the neck’s atypical distal centriole, typical proximal centriole and surrounding material that links tail beating with asymmetric head kinking.
Using a STORM immunofluorescent microscope in the UToledo Instrumentation Center, the researchers were able to show the left and right side of the atypical centriole move about 300 nanometers relative to each other. Though it’s a small number, it marks dramatic movement in a cell considering the average protein diameter is five nanometers.
Ph.D. student Luke Achinger, who recently graduated from UToledo with a bachelor’s degree in biology, sang bass in the University’s premier choral ensemble as an undergraduate and penned lyrics about his lab’s new discovery, explaining how the new movement works in a song called “Twitch, Roll and Yaw.”
“We love to promote science and art, and in this case, we are showing that the sperm beats in unity. The head of the sperm is not isolated from the tail. The neck including the atypical and typical centrioles may act as a morphological computer, or sperm brain, that coordinates the sperm movement,” Avidor-Reiss said.
“The song is a creative way to understand a big change. The centriole always looked the same over the last billion years. It’s one of most conservative structures in the cell. We found something different that functions in the opposite manner, evolving from a shock absorber to a transmission system.”
https://www.news-medical.net/news/20210628/Discovery-opens-door-to-new-diagnostics-and-therapeutic-strategies-for-male-infertility.aspx#