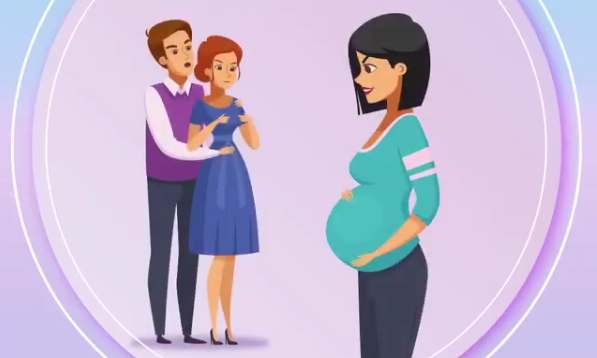 What is a gestational carrier?
A gestational carrier (GC), also called a gestational surrogate, is an arrangement where a woman carries and delivers a child for another couple or person (intended parent[s]). When using a GC, the eggs used to make the embryos do not come from the carrier. Because the eggs will be retrieved from one woman and implanted in another, this technique requires the use of in vitro fertilization (IVF). IVF is when eggs are fertilized in the laboratory and a limited number of resulting embryo(s) are transferred into the uterus of the carrier.
What are indications for a gestational carrier?
A GC is used when an intended parent wants to have a child and either does not have a uterus or has a medical condition that would prevent carrying a pregnancy safely. Also, a GC may be considered for women who have a history that suggests a problem with her uterus such as recurrent miscarriage or IVF failure or when a female partner is absent (single male or gay couple).
Who can be a gestational carrier?
The ideal GC is a healthy woman between the ages of 21 and 45 who has had a successful term pregnancy and has a supportive family environment to help her cope with the added stress of pregnancy. The carrier should have no more than five previous vaginal deliveries or two previous cesarean deliveries. Prior to becoming pregnant, the GC should talk about the risks of pregnancy with her healthcare provider.
What type of medical tests does a gestational carrier need to have?
The GC should have a complete history and physical examination performed to ensure that there are no reasons for her to avoid pregnancy. This examination also will identify patients at risk for sexually-transmitted diseases. The American Society for Reproductive Medicine (ASRM) recommends that all carriers be tested for viral infections, including HIV, hepatitis, gonorrhea, chlamydia, syphilis, and cytomegalovirus.
Does the gestational carrier have to undergo psychological testing?
A GC and her partner (if appropriate) should have a clinical interview with a mental health professional. This and subsequent interviews will cover the potential psychological risks associated with the process including managing relationships with her partner, her children, her employer, and the intended parents. Psychological testing may be performed at the discretion of the counselor.
Do the intended parents need any testing?
The intended parents should have a complete history and physical examination to make sure that they are healthy enough to undergo the procedures involved with IVF. In addition, the intended parents should be tested for genetic diseases, such as cystic fibrosis, as indicated by their ethnic backgrounds.
Are the intended parents screened for sexually transmitted diseases?
The intended parents are screened for infectious diseases that can be passed to the carrier. This screening is done by questionnaires, physical examination, and blood tests. Testing is required by the Food and Drug Administration (FDA) within 30 days of the egg retrieval and within 7 days of the sperm collection. While these tests do not eliminate the risk of transmission, they greatly minimize them. The carrier also should be counseled that embryos can be frozen and quarantined for 180 days to retest the intended parents. However, this may reduce the chance of pregnancy.
Should the intended parents have a psychological evaluation?
As for the GC, counseling with a mental health professional is recommended for the intended parents. The counselor should evaluate the couple for any unresolved or untreated addiction, abuse, or mental illness. The evaluation also should include an exploration of the couple’s expectations and relationship with the carrier and her family, plans for any relationship with the carrier after delivery, and plans to disclose the use of a carrier to the child that is born.
What are the legal implications of using a gestational carrier?
The laws regarding GCs vary for each state in the United States. It is recommended that the GC and the intended parents have independent representation by lawyers who are experienced with GC contracts in the states where the parties live, intend to receive obstetrical care, and intend to deliver. The contract may address issues regarding the number of embryos to be transferred, testing of the fetus during pregnancy, and contingency plans for abnormal test results. Of course, these decisions should be made after appropriate counseling with the infertility specialist and/or obstetrician.
Are gestational carriers compensated?
A GC is generally compensated for the time and effort involved in fulfilling this role. Compensation to the GC should be agreed upon before any treatment begins. The amount of compensation can be prorated based on the procedures performed. The compensation agreement should be documented in the contract between the carrier and the intended parents.
https://www.reproductivefacts.org/news-and-publications/patient-fact-sheets-and-booklets/documents/fact-sheets-and-info-booklets/gestational-carrier-surrogate/