Our Blog In Vitro Fertilization (IVF) 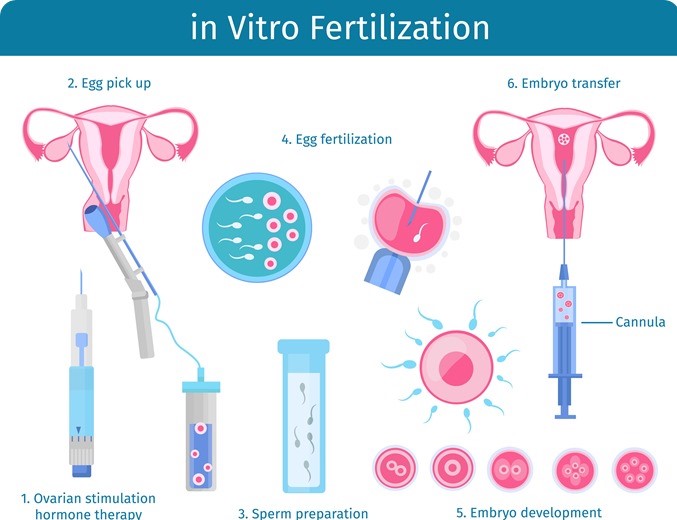 Reproductive technology has advanced tremendously over the past few decades. It started in 1978 with the birth of Louise Brown by in vitro fertilization (IVF) to a previously infertile couple.

IVF refers to the fusion of an egg and a sperm outside the woman’s body i.e. in the laboratory. The fertilized ovum or egg is then allowed to grow for some time in a special culture medium, before being implanted in the womb of the woman who is to undergo the pregnancy. Achieving conception is dependent upon artificial assistance, and is therefore part of the group of technologies called assisted reproductive technology (ART).

IVF is usually performed when other less expensive techniques to help a couple conceive have failed, usually because of:

The following may contribute to high levels of stress in couples undergoing IVF:

Associated risks of IVF treatment include the following:

IVF is an expensive procedure, and may not be covered in all insurance plans. Many clinics have lower than average success rates which may not be reflected in their advertising. The most important index of success is the live birth rate rather than the pregnancy rate. This ranges from around 40 percent for women less than 35 years to 18 percent for women over the age of 41 years.