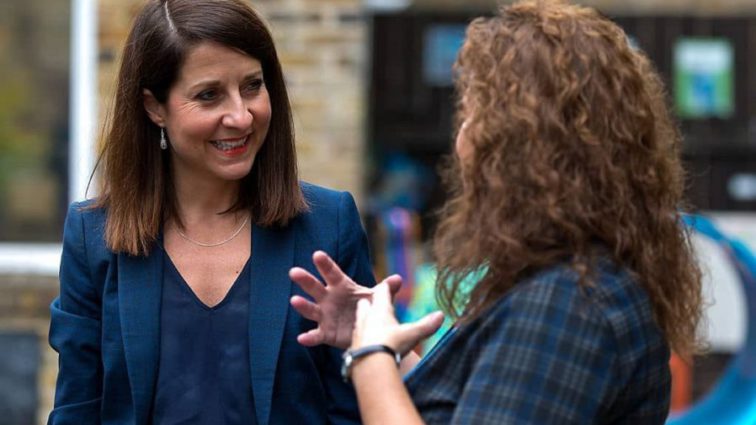 Labour frontbencher Liz Kendall is expecting a baby through a surrogate, making her the first MP to have a child through surrogacy.
Kendall tells me that she and her partner are expecting the baby in January after a lengthy and painful fertility battle. She says: ‘We have been through a lot to get here but it really is happening now, and we’ve been telling people this week.’
During the couple’s attempts to conceive, Kendall suffered two miscarriages and needed surgery after both. Last month she also spoke in a parliamentary debate about the ‘debilitating’ symptoms of the menopause that she had been experiencing over the past year. She won praise for telling MPs about the ‘truly terrifying sense of anxiety and panic that I had never experienced before’, exhaustion, hair loss and mornings where, after struggling to sleep at all, she would find herself thinking: ‘How on earth am I going to make it through the day?’
In 2013, Labour peer Oona King had a baby through a surrogate, while Kendall is the first MP to do so. She is fiercely private and rarely discusses her personal life with colleagues, let alone in public: indeed, she has insisted on keeping most of the details beyond the basic facts of this good news private too.
She will take maternity leave from the Labour frontbench and as an MP when the baby arrives.
https://www.spectator.co.uk/article/liz-kendall-becomes-first-mp-to-have-a-child-through-surrogacy