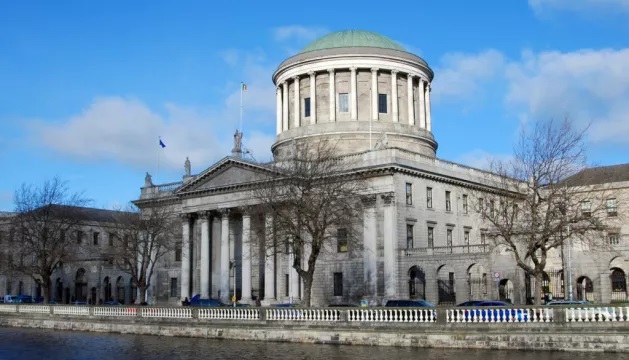 A family is asking the High Court to declare that the State’s failure to provide retrospective recognition of parentage of children born through surrogacy amounts to “invidious discrimination” against it.
The court heard the biological and legally-recognised father of the young boy is arranging his will after receiving an advanced cancer diagnosis.
The child’s genetic mother is not recognised as his legal mother, said the family’s counsel, Mark Lynam BL. He said she is currently the boy’s legal guardian, but this relationship will lapse when he turns 18, and he would be “effectively an orphan” if his father died.
The matter has caused the family “tremendous turmoil and stress”, while the case raises significant constitutional issues regarding people who have engaged in international surrogacy, Mr Lynam said.
‘Hopeless situation’
In a sworn statement, the genetic mother said she and her husband were left in a “hopeless situation” after she experienced eight miscarriages after many years of trying for another child. They researched surrogacy options and, subsequently, a Ukrainian woman carried and gave birth to their genetic son under a surrogacy arrangement.
The genetic mother said her family’s situation has now become urgent, as the boy’s “only legal parent is battling a life-threatening illness”.
She said her son – a “legal stranger” to her – does not stand in the same position as legally-recognised offspring in relation to family entitlements.
Attempts to put together a will that would safeguard his financial future has been “close to impossible”, she added.
Mr Lynam noted that an Oireachtas Committee is considering the potential for legislative proposals in relation to surrogacy, including international commercial arrangements.
He said there is no practical route to legal parentage for the genetic mother, as he said the Adoption Authority of Ireland has said this is not an area it wants to engage in until legislation has been passed.
Solutions
Mr Lynam said the case is not an attempt to get the court to direct the Oireachtas to enact legislation. He said the family is seeking declaratory reliefs, with the hope that the court will find its rights are being breached.
“It is hoped that that has positive consequences, but clearly the solution for the family is some way off,” he said.
Among the declarations sought is one finding that the State has failed to vindicate the family’s constitutional rights by failing to recognise the woman as the boy’s legal mother.
The family’s case is against Ireland and the Attorney General.
Mr Justice Charles Meenan gave permission on Monday for the applicants to bring their action and adjourned the case to a date next month.
https://www.breakingnews.ie/ireland/only-legal-parent-of-child-born-through-surrogacy-battling-cancer-court-hears-1254875.html