Our Blog Surrogacy: ‘I wanted to help someone’

Surrogacy: ‘I wanted to help someone’ 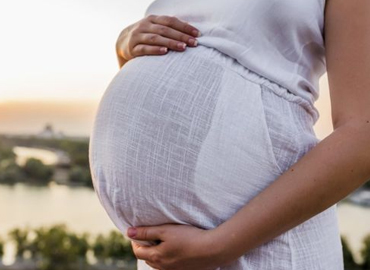 Claire Kelly says helping other people become parents by being a surrogate has become a “passion” of hers.

The 39-year-old, who has two boys of her own, has carried surrogate babies three times for two other couples.

She told BBC Scotland’s The Nine: “There are so many heartbreaking stories of people who have gone through things like stillbirth, miscarriages or cancers that have left them infertile or unable to carry. I just thought ‘I want to help someone’.”

Ms Kelly, from Glenrothes in Fife, said she had to explain to her own sons that the other women’s “tummies were broken and they couldn’t carry a baby”.

“The boys have always known they are not coming home with that baby, it’s someone else’s baby,” she said.

It is legal in the UK but experts say the laws are outdated and need to be improved.

In particular, reform bodies think the intended parents should become legal parents as soon as the child is born.

Currently it involves a lengthy court process to get the required Parental Order.

Ms Kelly, whose surrogate children were from the intended mother’s eggs, said it often took several months for the order to be granted.

“Until that goes through I would be still responsible for that child in the eyes of the law,” she says.

“It’s so rewarding to see them with their family that grew inside me. I see them as miracle babies.”

That would be the case for Niomi Allan, from Wishaw in North Lanarkshire, who was diagnosed at the age of 16 with Mayer-Rokitansky-Küster-Hauser (MRKH) syndrome.

“I was born without a womb,” she says.

“I have always known that surrogacy is the only route to having our own biological children.”

Niomi, 27, says she suppressed the fact when she was a teenager but when she got married “it really hit home”.

With her partner Sam, Niomi has now embarked on a “rollercoaster” journey towards surrogacy.

She says: “We’ve fortunately found a surrogate who is looking to carry for us.

“We had to go through our own IVF, which we did here in Scotland, then flew over for egg retrieval in the Czech Republic and we created embryos that are frozen over there ready for our surrogate to go over.

“We’ve been over for our first transfer but unfortunately it failed this time for us, so hopefully we’ll go back out soon for another.”

The true number of surrogacy arrangements may be even higher as there is no obligation to seek such an order.

Niomi said: “We have to put in a parental order to make sure it is myself and my husband who go on the birth certificate.

“Six weeks after a baby is born to six months you can apply for parental order and then it takes a wee while after that for it to be granted.

“It will be our biological child so it is important it is us on the birth certificate to begin with.”

The Law Commission of England and Wales as well as the Scottish Law Commission are proposing to allow intended parents to become legal parents when the child is born.

This would be subject to the surrogate retaining a right to object for a short period after the birth.

And they have called for the creation of a regulator to oversee surrogacy agreements and a national register to allow the children to access information about their origins.

The commissions also said there was a lack of clarity around surrogacy payments.

The law currently permits intended parents to pay “reasonable expenses” to the surrogate, however this is unclear and difficult to apply in practice.