Our Blog What is egg donation?

What is egg donation? 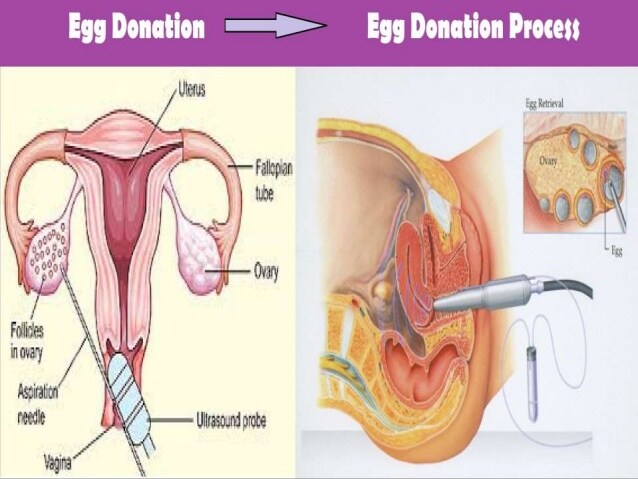 “Egg donation is taking eggs from one person, the donor, and giving them to another person, the recipient,” says Mark Surrey, MD.
Who is a good candidate?
For a variety of reasons, some women may not be able to conceive using their own eggs, including women who were prematurely menopausal as a result of:
• Disease
• Chemotherapy
• Radiation therapy
• Surgical removal of their ovaries
“For these women, egg donation is a treatment option that may allow them to achieve and carry a healthy pregnancy,” says Dorothy Mitchell-Leef, MD, a specialist in fertility medicine with Reproductive Biology Associates, a fertility practice in Atlanta, Georgia. Egg donation initially was intended for women with ovarian failure (those who had the above conditions). But due to the success of the procedure, as well as the improvements in IVF technology, more and more women are going the egg donor route including:
• Women who are carriers of genetic diseases
• Women with multiple failures to conceive after IVF
• Women of advanced reproductive age
How does egg donation work?
The first step is finding a donor. The agency you work with will give you the option of choosing a donor anonymously, having an open donor relationship, or picking a friend or family member. After your donor goes through an extensive medical, genetic, and psychological evaluation, she’ll be cleared to be an accepted egg donor, and your body will be prepared to receive the eggs. “The eggs that are produced by the donor are removed, fertilized by the recipient’s husband’s or partner’s sperm, and then transferred to the recipient,” says Dr. Surrey.
Villegas, who writes about her experience via her blog, How We Became a Family, became pregnant with her first child at age 41 via one of two viable embryos that were implanted (one embryo did not take). Due to her age and her desire to have another child, she didn’t wait long to get pregnant again. “Our original donor produced very few viable eggs, so we didn’t have any leftover for siblings,” she explains, so they found another egg donor for round two. “The second donor produced six viable embryos, our doctor inserted two, they both took, and I became pregnant with twins at the age of 42.” The mom realized her family was complete after she had three children. “We froze our four leftover embryos, then donated them anonymously two years after the birth of the twins,” she adds.
How much does egg donation cost?
Egg donation is expensive. “The average cost of egg donation alone is about $7,500 to 8,000,” says Dr. Mitchell-Leef. With the costs of the additional services that go with egg donation, the total can be around $25,000. Those services include:
• Medication for the donor
• Medication for the recipient (to prepare her body to receive the eggs)
• Administrative costs to the fertility agency
• Sperm freezing
• Embryo freezing
• Embryo storage
What are the benefits of egg donation?
For those women who can’t conceive using their own eggs, egg donation is a viable option to become a mom. “The process is very efficient,” says Dr. Surrey. “It works very well, it’s productive, and it yields a very high percentage of success in normal pregnancies.” Also, for those moms who knowingly carry specific genetic abnormalities, or have reproductive challenges (say, due to cancer or advanced maternal age), egg donation is good option.
What are the drawbacks?
There’s no guarantee that it will work. Plus, egg donation is not without its physical discomforts for the recipient. “While the donor was taking her drugs to produce as many eggs as she could, I was simultaneously taking drugs for my body to prepare to receive the embryos,” says Villegas. “It was stressful, painful, emotional, and tiresome having to take big needled shots of hormones in my hip/bottom every day for three weeks.” While Villegas admits that it was challenging both physically and emotionally to undergo the process, she is definitely happy with the results: three amazing kids.
What are some things women should keep in mind?
If you’re going to go the egg donor route, there are several things you should decide ahead of time, so you don’t have regrets later.
• Do you want the egg donor to be anonymous? While Villegas was able to select the donor (she was given a three-page bio and a photo of the woman), via the contract she was not given the woman’s name, so it’s technically an anonymous donation. “In hindsight, I wish we could have had some kind of clause in the contract that we could contact each other should we choose to; if both parties agreed, or when the children turned 18,” says Villegas. Her daughter especially has been interested in learning more. Decide ahead of time how much (or little) future contact you want with your donor.
• What will you do with additional embryos you may not use? Women have the option to donate any “extra” embryos once they reach their desired family size. That’s what Villegas did, but now she says she wishes she could track to see if the embryos ever became babies. “It would be good to know if our children had genetic siblings out there to connect with later, if they wished to,” she notes.
• How will you discuss the egg donation process with your child, and when? “Our children have known about their donors since they could talk and we have always been open and honest with them about their donor origins.” Villegas was inspired to write a children’s picture book, How We Became a Family, for parents to begin the complex conversation with their child about their donor-conceived origins.