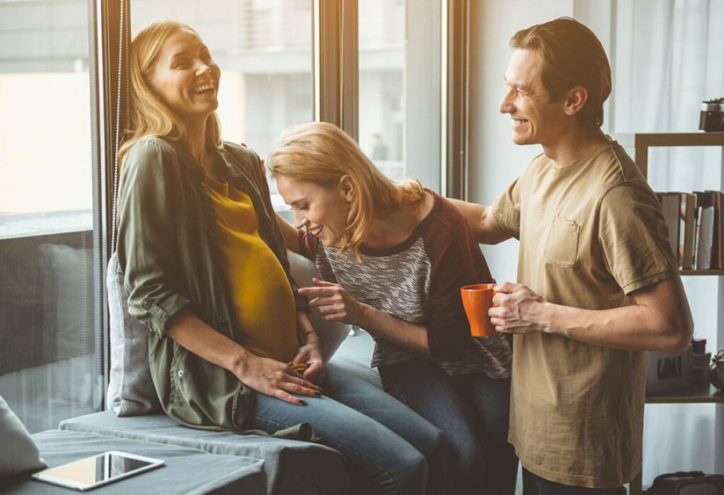 Studies on surrogates have mainly focused on the assessment and identification of factors motivating women to take on the role and be involved in the process of pregnancy.
Research to date has indicated that the main motivation for becoming involved in surrogacy is altruism. In fact, this is the main type of motivation reported by gestational surrogates not only in countries in which altruistic surrogacy is legal, such as the United Kingdom, but also in countries that allow compensation to the surrogate, such as the USA and Ukraine. Fundamentally, the majority of gestational surrogates report feeling a sense of self-worth and achievement after the process, which in turn generates a sense of self-efficacy and leads to a notable increase in their self-esteem. Very few gestational surrogates cite financial gain as their main motivation for being involved in the process, and some even suggest that it should not be a factor in any surrogacy process.
Analyzing the psychological well-being of gestational surrogates, before and during the process, it has been observed that most have to face opposition both from their families and society in general, and this may represent a significant source of stress. Despite this, surrogates generally declare that they enjoy their pregnancy and childbirth, and that the pregnancy generated positive feelings in their lives such as increases in self-efficacy and self-confidence. The birth of the child may be a significant stress-inducing factor, both for the intended parents and for the gestational surrogate. Nevertheless, various studies have demonstrated positive as well as negative aspects of this event. Specifically, the birth tends to be a happy moment for the surrogate, who reports a sense of relief about the success of the pregnancy and completion of the process; as well as sadness about it coming to an end, and the belief that they may lose contact with the intended parents and the child.
Research has shown that, in the long term, gestational surrogate have good emotional stability and psychosocial adjustment, their scores for self-esteem and depressive symptomatology falling in the normal range, as well as good marital and family relationships. Further, the relationship between the intended parents and the children is very positive, with no reports of feelings of rejection on either side.
No studies have found significant differences between scores of surrogates and those of the general population, confirming the conclusion based on gestational surrogates’ self- reports, that they are well adjusted, emotionally and psychologically.