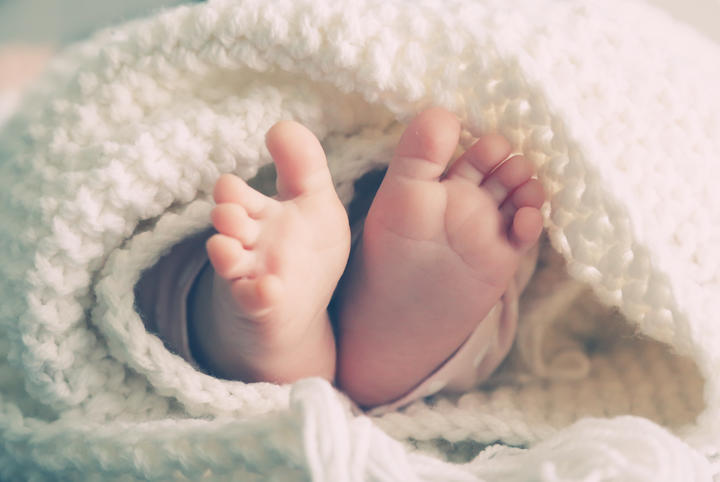 The ruling recognizes an Israeli woman without a partner as the mother of a child born via surrogacy abroad
The Tel Aviv District Court ruled Sunday that a woman can be recognized as the adoptive mother of a child conceived through surrogacy abroad, by virtue of Israel’s adoption law, even if the woman and baby are not genetically related and the woman does not have a partner.
In its precedent-setting ruling, the court stated that Israel’s adoption law must be brought into line with technological developments in fertility and surrogacy.
According to Israeli law, a woman without a partner who requires both an egg and sperm donation as well as a surrogate could not be recognized as a parent in Israel, due to the absence of a genetic relationship between her and the child. District Court Judges Naftali Shiloh, Shaul Shohat and Gilya Ravid, hearing a petition submitted by the state against a decision by the Family Court, stated that if a woman engages in surrogacy abroad, a verdict given abroad will be considered sufficient to determine her parenthood. No further termination of parental rights will be required by the biological parents (the egg and sperm donors and the surrogate), or additional document needed to declare the child fit for adoption. The court also ruled that in this case there is no need for a report on the woman’s fitness to be a mother.
The ruling was given in the case brought by a 55-year-old woman who had tried unsuccessfully for many years to become pregnant. She underwent numerous fertility treatments in Israel and abroad and tried to adopt a child abroad. The woman could not avail herself of surrogacy in Israel because she does not meet the criteria.
Five years ago she decided to turn to the only available avenue left for her – surrogacy abroad. She purchased anonymous sperm and eggs and signed an agreement with a surrogacy agency in the United States. In January 2018, twins were born. After their birth a verdict was given in a U.S. court that the woman was the twins’ mother. The court terminated the maternal rights of the surrogate and the woman and her children received American birth certificates. However, when she returned to Israel, the Interior Ministry refused to register her as the children’s mother.
The woman then turned to Family Court to be recognized as the twins’ mother. Judge Iris Ilotovich-Segal ruled that while according to Israeli law, a single mother cannot make use of another woman’s eggs and be recognized as the mother if there is no genetic connection to a child born in this way, still “the relevant laws do not prohibit bringing children from any other country in a manner legal in that country.” The judge ordered an expedited adoption process whereby the court recognizes the surrogate’s waiving of her maternal status according to American law, without further demands of the surrogate to prove she had done so. The judge said she gave this ruling because the court needed to adjust to the changing reality since the adoption law was passed in 1981.
In its petition to the district court, the state claimed that the lower court judge’s ruling had gone beyond the intention of the adoption law. The state said it was important that arrangements in sensitive matters like this one be determined by law and not by “interpretive dialogues in the form of judicial legislation not based on existing law.” The state asked that the lower court ruling be reversed and that the woman request an adoption order according to the adoption law, without skipping the step the law requires to declare the minor involved fit for adoption.
In the district court ruling, Judge Shiloh said that in cases such as the one before the panel, the ruling must take into account that there are no parents to wave their parental rights. He stated that the stage of declaring the minors fit for adoption should not have been skipped, and an adoption file should have been opened. “Nevertheless, the burden of fulfilling the first phase of declaring fitness for adoption is flexible and conforms to this unique situation.”
The judge noted that it was clear that the surrogate had agreed years before, “of her own free will,” to terminate her maternal rights and give them to the woman, and never asked to backtrack on her consent. He ruled that in the current case, the verdict of the U.S. court and other documents in which the surrogate gave up her rights should be seen as consent for adoption.
Attorneys Shmuel Moran and Noa Gellerman, who represented the woman, said in a statement: “When technology allows it, new paths are open and the law must reflect this. The district court took an important step in conforming the law to ‘the new word’ but [we] still believe, with all due respect, that the demand to terminate rights as parents, even if formal, from an anonymous donor or surrogates, whose rights have already been terminated, is unnecessary.”
https://www.haaretz.com/israel-news/.premium-tel-aviv-court-sets-precedent-in-foreign-surrogacy-case-1.10362304