Our Blog Facts About Surrogacy 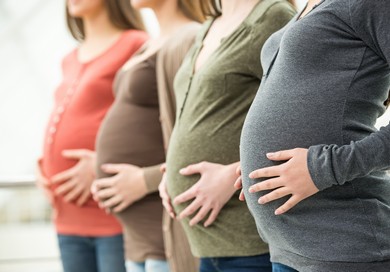 The ideal surrogate has been pregnant before. It likely comes as no surprise that the ideal candidate to be a gestational carrier is young (under 40) and healthy — but you may not know that unlike egg donations, surrogacy agencies typically look for carriers who have already had a child. Doctor, told that the process of finding a surrogate is overall quite similar to looking for egg donors — potential carriers need to undergo physical and mental exams, among other things — but agencies prefer to use gestational carriers who have already had a child so that they know whether the woman can carry a child to term and if there may be any medical risks associated with a surrogate pregnancy. “You don’t want to put the woman at risk,” doctor explained.
Surrogates go through a trial run before the real deal. According to Martin, before a surrogate is implanted with an embryo, they basically go through a trial run — or mock pregnancy. The doctors give these carriers the medicines that they would need to take — two weeks of estrogen, as well as progesterone — during the process, to make sure that the lining of the uterus responds appropriately before the real transfer happens. “We try and thicken the lining of the uterus up like it would during a normal cycle”. The goal of this mock trial is to see if the uterus responds appropriately and to make sure the surrogate doesn’t have any problems.
Carriers can be surrogates more than one time. Women who act as gestational carriers are able to serve as a surrogate more than once — depending on her health, age, and ability to successfully carry a pregnancy, of course. However women aren’t able to necessarily make a “career” out of surrogacy, although they do of course receive compensation. “Sometimes we have carriers that will do it multiple times for people, it’s a way for many women to give back to those that have been less fortunate reproductively”.